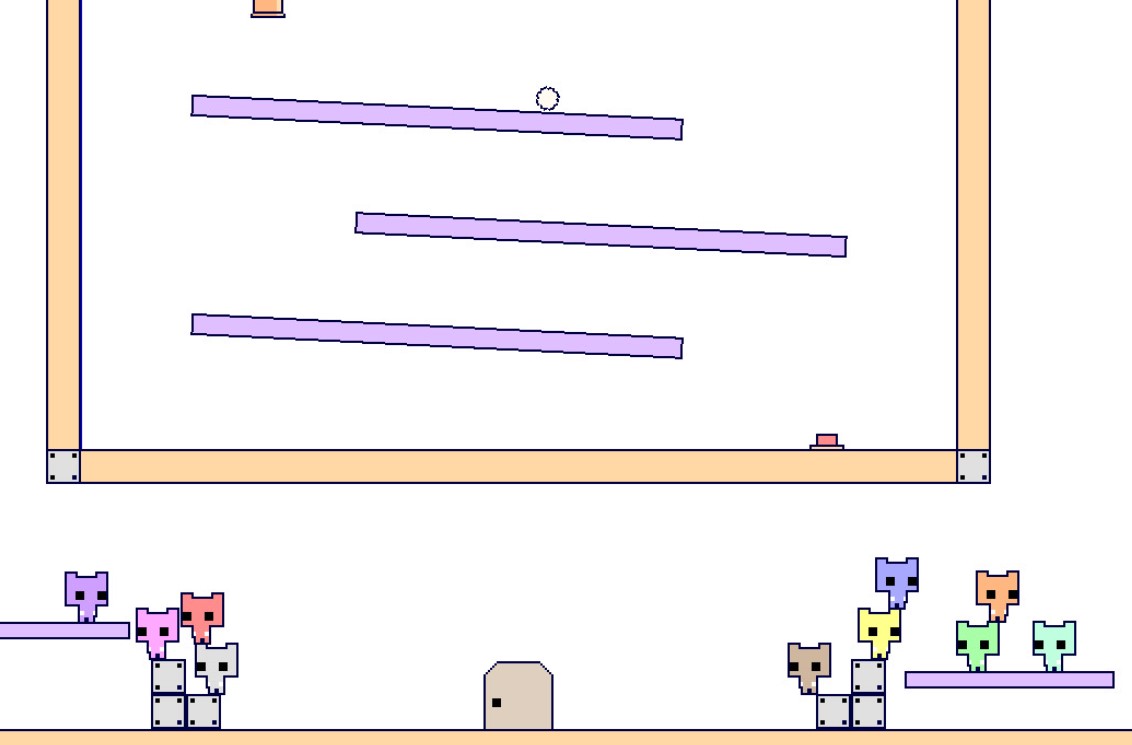 There are plenty of puzzles out there that train our logical thinking and ingenuity. We learn how to deal with difficult and sometimes not so obvious tasks, we try different approaches to cope with them and use out-of-the-box method desperate to pass that tricky level. However, there is one drawback to most puzzle games – you only get to play them alone. Well, it’s not the issue with Pico Park multiplayer! This game is meant for several players, from 2 to 8, and you can enjoy it with your friends over the web!

But that’s not the only novelty that makes Pico Park stand out. First of all, it has graphics that are as simple as they can get. Cute characters have won the hearts of many players, and the levels have a unique design that barely repeats as you move from one location to the other. As you can expect, there is nothing complicated about the controls and most of the times the only challenge is to figure out what exactly you need to do on this particular level. You can get an idea by carefully examining all of the elements on the screen. And since it’s multiplayer, the participants need to work in tandem to achieve their goal.

So what is this goal? To pass the level, you need to obtain one or several keys located on the map. Most of the times, you can see it lying or hanging out there, up for grabs. But getting to it will require you to solve certain conundrums and avoid quite a number of traps cunningly placed in your way. And remember that most of the riddles have a team mechanism of dealing with them, so you’ll have to act together and coordinate your actions if you want to achieve the desired result.

If something goes wrong in the process – for instance, one of the players die – the level will restart. But don’t worry, there is no restriction on the number of attempts, so you can struggle with a particularly complicated puzzle as long as you need. Besides levels, Pico Park has also an endless mode where you can team up with 3 to 5 friends and try to score the highest number of points possible to get amazing rewards. It’s up to you to decide which of the modes to try and stick to. Anyway, it’s going to be an exciting and challenging experience that can turn a dull evening into something special!