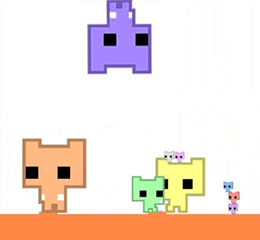 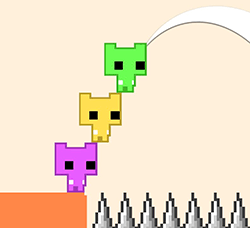 Pico Park is a team game with elements of action and puzzle where you will go on a riveting adventure together with your friends. You will find yourself in a variety of locations with one single goal – to find the key and get to the next level. The puzzles you’ll have to solve in order to achieve it will all differ keeping you in tension and forcing you to think in non-standard ways to deal with it. Moreover, many riddles require teamwork to crack them, so the more coordinated your actions are with the rest of the players the better!

The Mailman Must Die 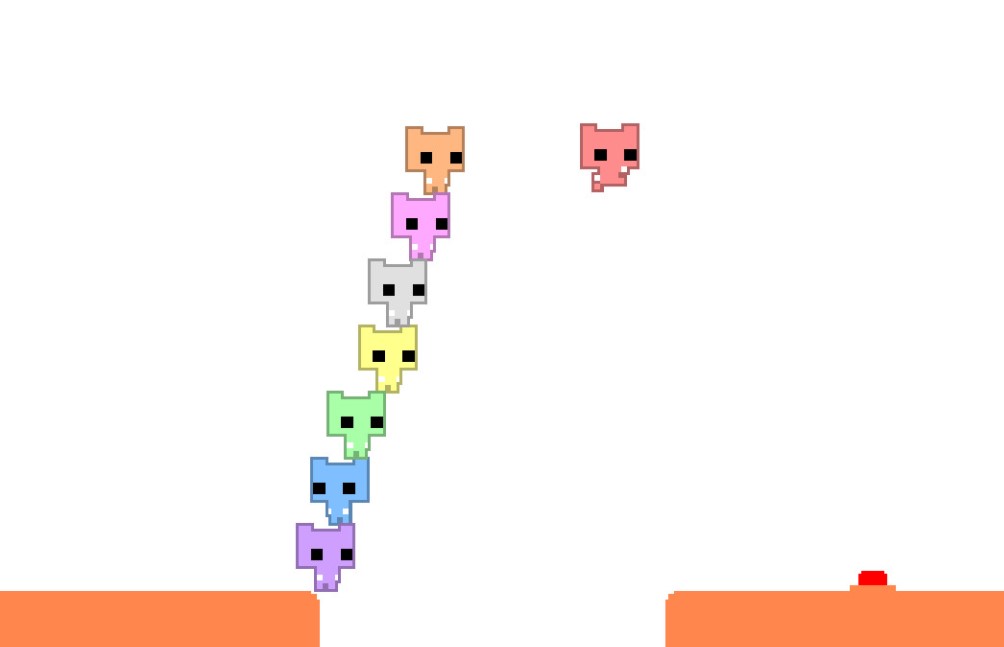 The first thing that catches your eye when you launch Pico Park is its retro 8-bit design. Everything looks very simple, even primitive. The objects have pixelated rough edges, and the characters look as some sort of little men or cats on little legs and with small ears that run around fussing and jumping in a funny way. In the background, you can hear music that will instantly remind of Pac-Man and other games that were popular back in the day.

But that’s only the wrapping, what’s waiting for you under it? First of all, this game is meant to be played by 2 to 8 people. It would seem the more participants the easier, but that’s not the case. The gameplay adapts to the number of team members. Distances increase, abysses get deeper and the key is placed further than the usual. Oh yes, about that. The key is your primary goal. It will open the exit door that you need to pass to the next level. And you’re about to get rather sweaty reaching it!

Solve puzzles as a team!

Every level of Pico Park consists of four stages, and every stage sets a specific task for the players to cope with. The puzzles can be really different, they range from those where you merely need good reaction to the ones that require a logical approach. And what makes the whole thing more difficult, you won’t be explained what to do on the level. You’ll just get there and might be just standing and scratching your head for the first couple of moments. To successfully get through all the challenges and traps (yes, there will be traps and players are going to die in them!), you have to work as a team.

What does it mean? Some objects can only be reached if one player jumps onto the other. Some cubes can only be moved by characters of the same color as the cube. And sometimes you need to run a real operation that will allow you to carry something through the entire level and land it right where it should be to reach the cherished key. You will also be hanging on ropes right into the abyss and pulling each other in and out going for the key that is hovering in the middle of nowhere and hitting balls with your heads to crash brick walls. There won’t be a shortage of things to do! There are there modes for you to try, including the Endless mode where you need to score as many points as you can, and the Battle mode where you can compete against your friends. Start playing Pico Park online right now and see if you can beat all the tricky levels!